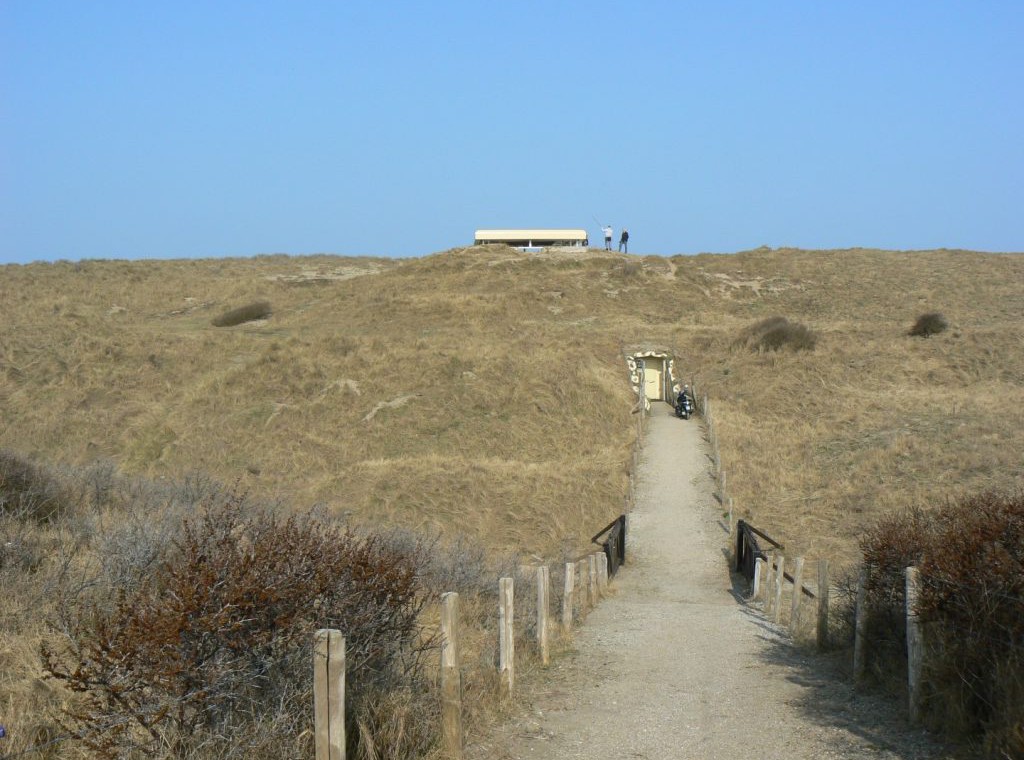 The Atlantikwall Museum is a museum located in a German bunker complex in the dunes of Noordwijk. The complex consists of a fire control bunker, artillery bunkers, ammunition bunkers and residential bunkers connected by a system of corridors.

Before the outbreak of the Second World War, this location in the dunes was used as a golf course. This changed in late 1940 when the German navy had its eye on this stretch of dunes and stationed over one hundred and eighty soldiers there. Living quarters, washrooms and battle stations had to be built for these soldiers. Some 80 structures were built during the war, ranging from a wooden shower block to heavy bunkers with walls sometimes as thick as three metres. After the war, the bunkers were closed off and hidden under the dune sand.

One bunker remained. This was a large ammunition storage bunker. This bunker is now home to the Englanders Museum.

2 months ago by Have a nice stay

Thinking of Noordwijk, the image of... Read More

6 months ago by Have a nice stay

Do you decide to take a... Read More

Weekend away in Noordwijk

6 months ago by Have a nice stay

Get a breath of fresh air,... Read More

Please enter your username or email address. You will receive a link to create a new password via email.